SYNCING.NET runs silently in the background to sync Outlook and Files on all your PCs. The software may be simple to use but it's quite powerful - and fast. Because the software only syncs changes, data synchronization is extremely fast and in real time.

SYNCING.NET is easy to install and operate for PC users at every level. Setup is completed in a matter of minutes. Thanks to the intuitive user interface, casual PC users can quickly install and use the program. Because of the complete and thorough functionality, expert users will be impressed with its performance.

You've got your laptop at home, your desktop at work and your notebook for the road - pretty typical these days. This is very convenient, no doubt. But when each PC has different data within, it's not so convenient. It doesn't do you any good when you're on the road with your notebook and realize all the data you need for your next meeting is on your laptop at work. In fact, it's almost more frustrating than having no PC with you at all. With SYNCING.NET Personal Edition, all your Outlook data and PC files are identical on every PC - automatically.

All my computers on the same page, all the time

When you make a change to your calendar, you want all your PCs to know your new schedule. When you have tasks marked on your notebook from your last trip, you need to know that all your PCs will reflect the exact same data. SYNCING.NET makes sure you are always reminded, no matter which PC you are on.

Manually adding and deleting data is time consuming, laborious and unnecessary. You can quickly lose track of which PC is up-to-date with what data. SYNCING.NET automatically updates all changes instantly and in real time, allowing you to focus on more important things. 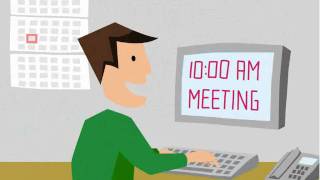 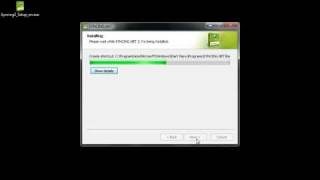 In case when some tasks cannot be completed within 8 hours of the working day, they can be finished later at home. In a calm environment, it is easier sometimes to plan tasks for the next weeks or revise a schedule for tomorrow. Sometimes it is useful to re-read email in your inbox and think about upcoming events. When you work with documents at work on a desktop computer, you can still access your documents at home – you just need to install Syncing.NET Personal Edition. This is a program for private customers (sometimes called as SYNCING.NET Home Edition) can be used for synchronization of Outlook data and files between computers Windows, Linux, or as a home sync Mac software.

It is important to understand that the synchronization with SYNCING.NET is bidirectional. The program should be used for data backup, as all changes on one computer will be mirrored to the others.

The system requirements to the computer and the operating system are minimal. SYNCING.NET can run even on 5-7 years old PCs:

A very safe Outlook and file synchronization works without cloud or additional servers in real time. It is enough to set up the data sharing between computers – afterwards, the whole synchronization process is fully automatic – a perfect home sync!

How does it work?

After initial installation of the Syncing.NET Personal Edition on one computer in just a couple of clicks you can create a group for file sharing or Outlook synchronization by selecting particular Outlook- or document folders, which you would like to sync with other computers.  On other computer, you just need to join the sync groups. SYNCING.NET is not limited to desktop computers only. For example, with our mobile apps you can sync Outlook with iPhone. SYNCING.NET can also be a seamless business contact manager for Outlook.

Syncing.NET automatically uses the best connection type for data synchronization. Personal Outlook sync is very easy – for direct data transfer just make sure that both computers are online. The cloudless sync means that your private files and data are stored locally and never stored on external cloud servers. You can access the documents even if the PC is offline – your changes will be synced later when you will be connected to the Internet again.

Depending on the data size, the initial synchronization between computers may take several hours. It is possible to store your changes (up to 50 MB per file, up to 500 MB total) in encrypted form temporarily on our server, when only computer is online. Synchronization of larger files is possible when both computers are connected to the Internet. Some SYNCING.NET versions are even freeware! This makes SYNCING.NET for personal use the best syncing tool for home.

Syncing.NET Personal Edition can be used on up 3 computers depending on the edition. You can download the free 14-day trial version on our website. After the test phase, you can buy a license at a very affordable price tanks to our reasonable cost policy.